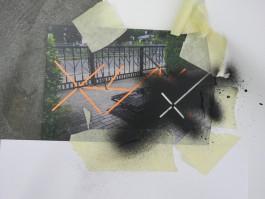 On June 22nd 2009, 4 months before Charlotte Desaga founded the independent Galerie Desaga, Eastman Kodak Co. announced that after 74 years, the production of their Kodachrome film would be stopped. The Kodak Kodachrome was the world’s first colour slide film and a commercial success for decades. When Charlotte Desaga starts the new season with the opening of Marcel Hiller’s exhibition “DESAGA” on September 7th 2012, Kodak will already be insolvent for months. Google, Samsung and Apple are aiming to bid on the patents of the company, whose trade name Kodak is most likely to remain—but in a way that is detached from the material, which the brand actually stands for since the company’s founding in 1892. The name Kodak will seize to represent a unity of film and apparatus that is easy to operate, even by amateurs: YOU PUSH THE BUTTON, WE DO THE REST.

With his work, Marcel Hiller (born 1982) negotiates the situational conditions of approved spaces. By orchestrating these spaces, he sharpens their readability—in opposition to their neutralizing representative claims. At Galerie Desaga’s new premises, there will be objects of imagined use and imagined function that don’t take shape through the concreteness of their imagination conception, but through their potential of representation and usefulness. Marcel Hiller will develop a new logo for the exhibition DESAGA. It will turn the gallery’s designation into a diagram that serves as a formal instrument, trace and mark. Hiller uses the logo as a matrix for decision-making, for tracing formally and informally claimed structures, which are linked and materialised within the architecture of space and artistic production—just like the gallery itself. By blurring the clear concepts of object, sign and claim, Marcel Hiller binds a diagram of his first gallery solo show to the medium of spatial staging. 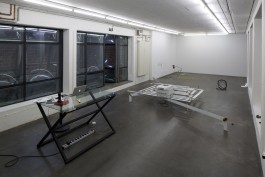 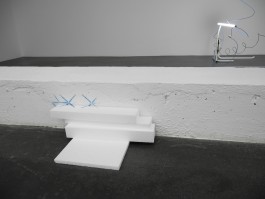 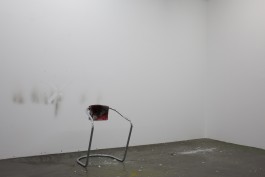 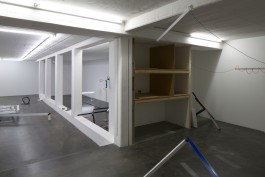 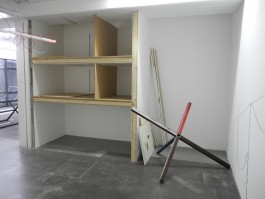 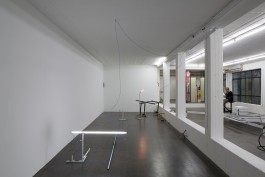 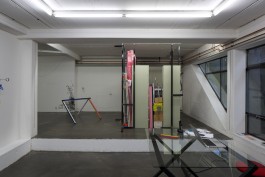 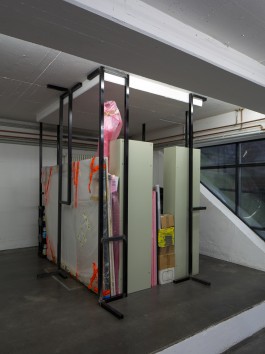 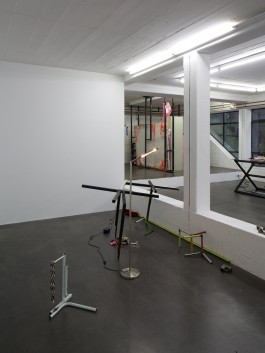 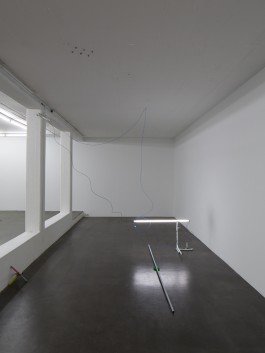 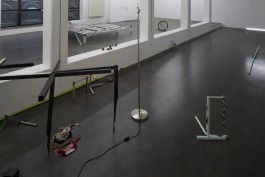 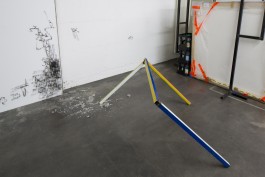 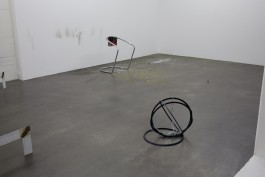 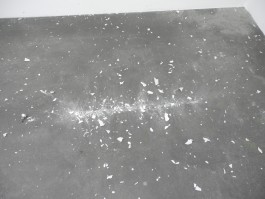 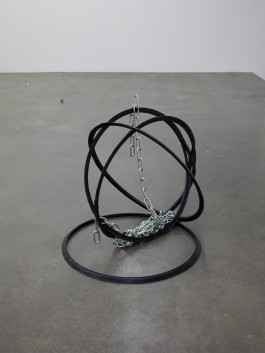 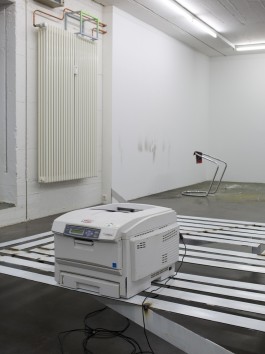 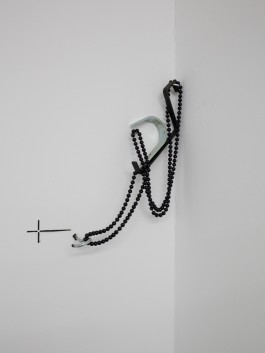 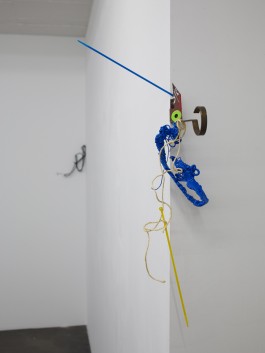 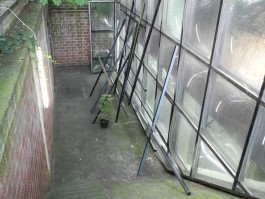